Nopri farm has invested 1.5 million euros in renovating and expanding the prosperous barn. It fits 337 animals, has 4 robots, and uses the latest technology and software. Nopri’s family considers it to be a seven-star barn, the aim of which is to produce the cleanest milk in Estonia. Two most important things are animal welfare and a smart-barn that can be monitored and controlled from everywhere.

Niilo’s family has been managing the site since 1875, current generation being the seventh to work with cows and milk. Seven generations of experienced shepherds have now built the best possible barn.

Seven important stars of a highly-rated barn:  food, water, light, air, peace and enough space. The most important star on this list is the Niilo’s family. That is why the barn has seven stars above the entrance…

With extremely high construction costs, Nopri has made it possible to produce the purest milk in Estonia.

Why wish for the purest? Purity is an important indicator of quality and describes how many different microbes live inside the milk. The taste, smell, shelf life and, most importantly, the quality of the milk product depend on it.

Conscious consumer wants to know, what kind of microbes live in the milk, why, and what are the health benefits. Nopri’s farm and dairy wants to keep microbial numbers to a minimum, but keep the healthy lactic acid bacteria alive. Estonians have received a reliable product that has been controlled from the field to the counter.

Anyone, who is interested, can find the important information on milk from the Nopri’s website, including a comparison with the indicators of the elite milk. Our aim is to be the most transparent food producer in Estonia. To this end, we invite those interested to visit and see, touch and experience everything in relation to food themselves.

Dear Estonians, cheers! Try it out and see if you can make a difference! Assess the value of animal welfare and food purity! Keep track of what you eat.

The sixth, seventh and eighth generations of the Nopri family and helpers from the local community are waiting for your evaluation and feedback.

The seven generations of Nopri farm

The seven stars of Nopri farm

The seven stars of the purest milk

The tables and figures below describe the milk standards in Estonia and give an overview of the indicators of Nopri milk. In general, milk is divided into four different quality classes based on the number of bacteria and somatic cells (Table 1). Raw milk is considered to be of very good quality if it has a total bacterial count of less than 50 000 per ml and the number of somatic cells should not exceed 300 000. Nopri milk is of very good quality and belongs to the elite quality class.

Cow’s milk always contains some somatic cells, but their number depends on the cow’s health. The number of somatic cells in Nopri’s milk is several times lower than the standard milk standards (Figure 1), which indicates good animal health. 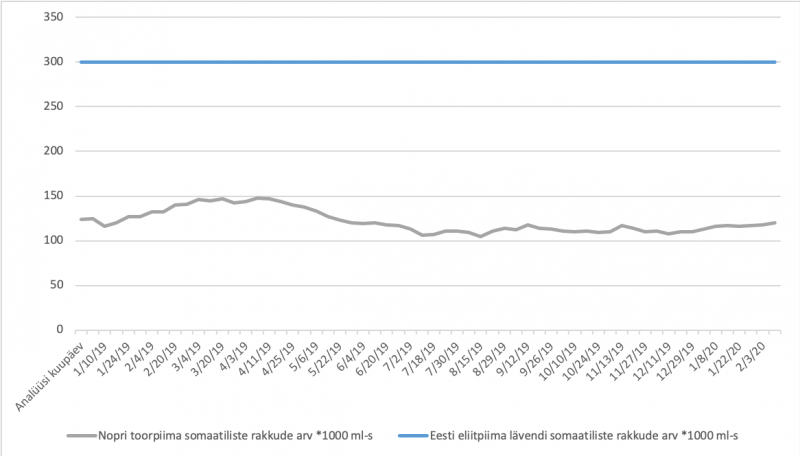 High total bacterial counts are one of the main reasons for the deterioration of milk quality. Even in highly pasteurized milk, the bacteria may have produced enzymes that impair the taste and quality of the milk before heat treatment (Reference)

The low number of total bacteria in Nopri milk ensures the purity and taste of the final Nopri product. 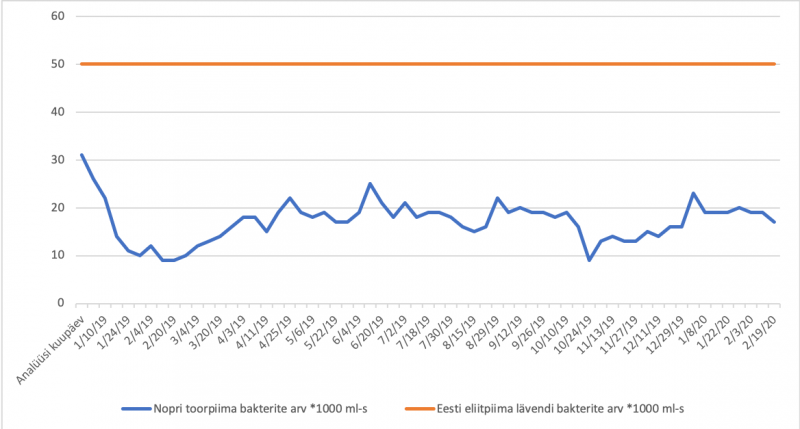 The protein, fat and lactose content of raw Nopri milk has remained fairly stable over the past year (Figure 3). Consistent milk quality is one of the biggest goals of the Nopri farm. 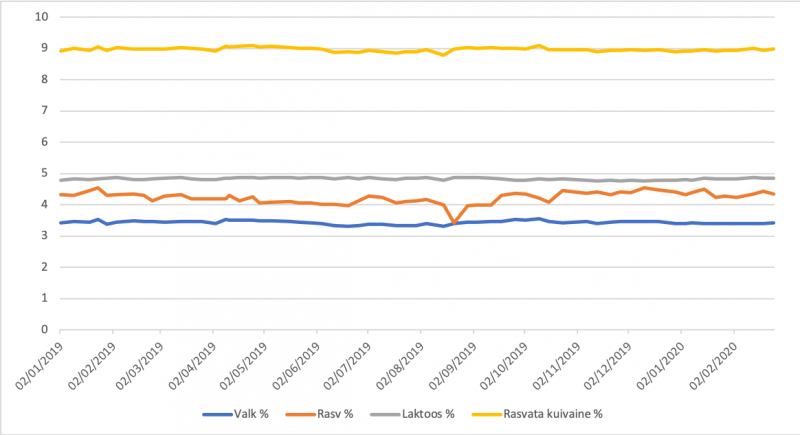